The Science of Art in Video

Our post-production supervisor and animator shares how what he learned from a variety of subjects in school can be applied to his day-to-day job.

Recently I was asked to give advice to a graduating high school student interested in the creative field. I told her to learn anything and everything she could, and that the key to being an animator (especially for advertising) is to be well-rounded in all subjects, as you will never know when a certain kernel of knowledge will prove useful. I told her about my multitude of job duties and the skills needed. I watched her eyes widen to the realization that this field might actually be a lot of work.

This may seem painfully obvious to us in the professional world, but I can understand her misconception. On its surface, the creative field can seem more like play. I get the feeling that my family members think I just draw pictures on a computer all day. Perhaps that is why as a professional, I always like to stress the technical aspect of my career far more than the creative. To that end I want to share how the knowledge I have learned in a variety of subjects is directly related to my day-to-day duties as post-production supervisor and animator.

There are a lot of documentation that goes into making videos and animating. To start, every one of our productions begins as an idea and pitch. The ability to eloquently explain a vision in words will not only instill the confidence in people that “I am the man (or woman) for the job”, but also helps make the process of producing the video a lot smoother.

Next, there are scripts to write and review. Not only do we need to write out dialog and voiceover, but also describe exactly what will be happening in every scene. Oftentimes in this process, it can come down to a single word in a line whether or not a sole adjective properly conveys the meaning and tone of our video.

Every design decision that goes into a video is based on psychology. Colors are chosen to evoke a certain emotion. Composition choices are made to lead a viewer’s eyes from one point to the next. When we finally get into the animation process, our goal is to replicate (and often exaggerate) how things move in the real world. Animators need to have an innate sense of physics and kinesiology and understand how different forces (gravity, friction, air resistance, etc.) could affect an object’s path of motion.

It is important to realize that mathematics is at the heart of every software application animators use. For illustrations and icons we use a vector graphics editor, which works by creating geometric shapes through mathematical expressions. For 3D modelling we use software that builds complex shapes based on plotted points (vertices) in 3D space. I may have to use geometric formulas to write expressions for complicated actions. For example, making a car move would mean knowing how much the tires are rotating in relation to the forward momentum.  For fine-tuning movements I will have to turn to a graph view of my work. This is where Science and Mathematics converge as I am trying to simulate the natural physics of movement by tweaking curves on a graph.

To this day I am constantly learning and relearning to refine my skills. As much as I love the artistic aspects of my job, I am equally fascinated with the technical side.

If there is one thing to take away from this, it’s that the way to be a better artist is not to ignore all other subjects, but to build upon them. 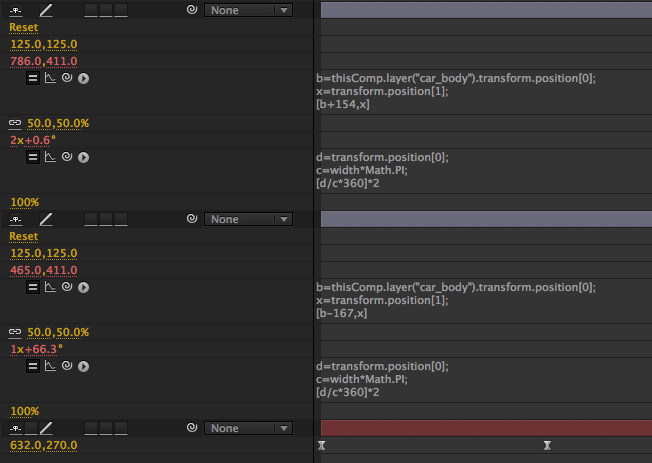 Writing mathematical expressions to connect the rotation of a tire to its circumference. Not exactly what I’d thought I’d be doing in art school. 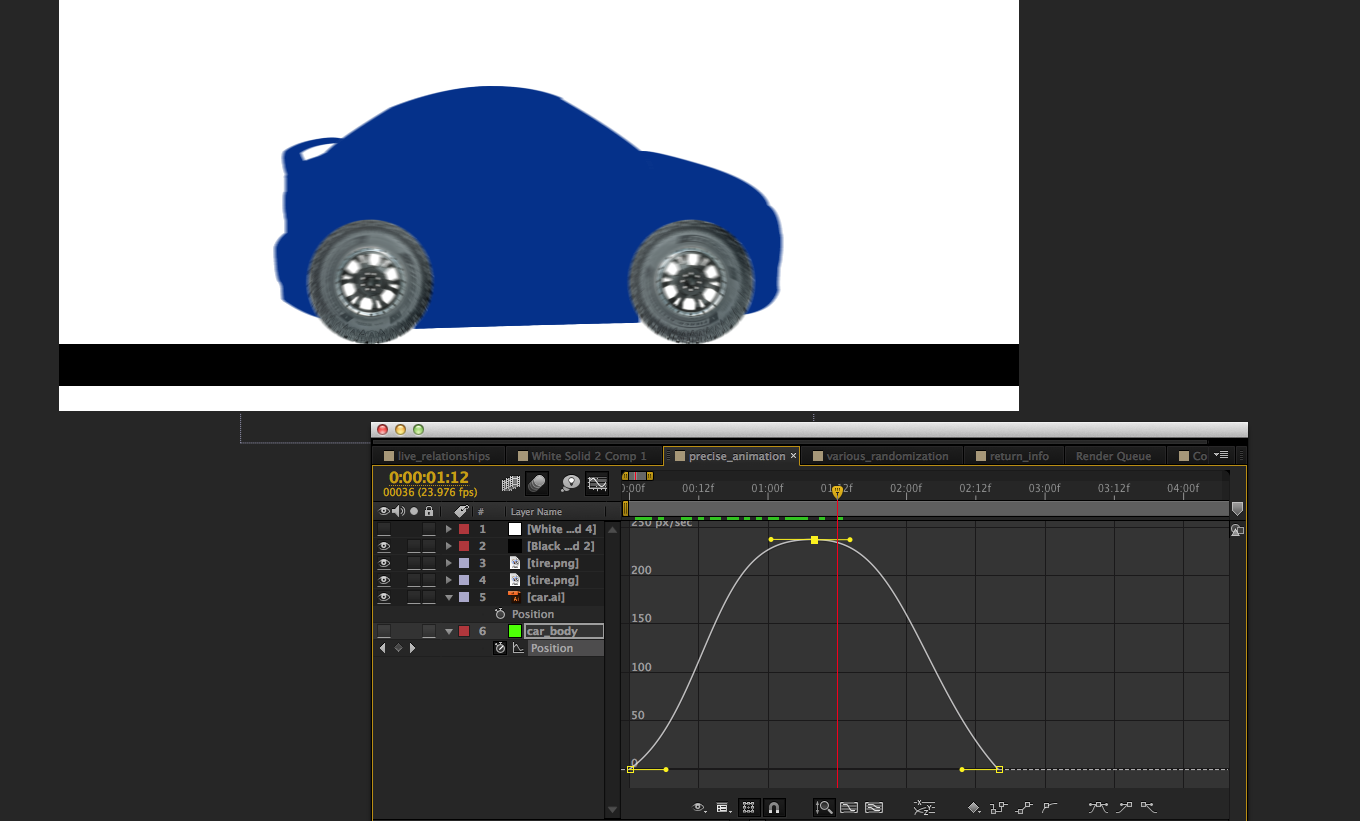 Adjusting the speed of a car animation in a graph view. 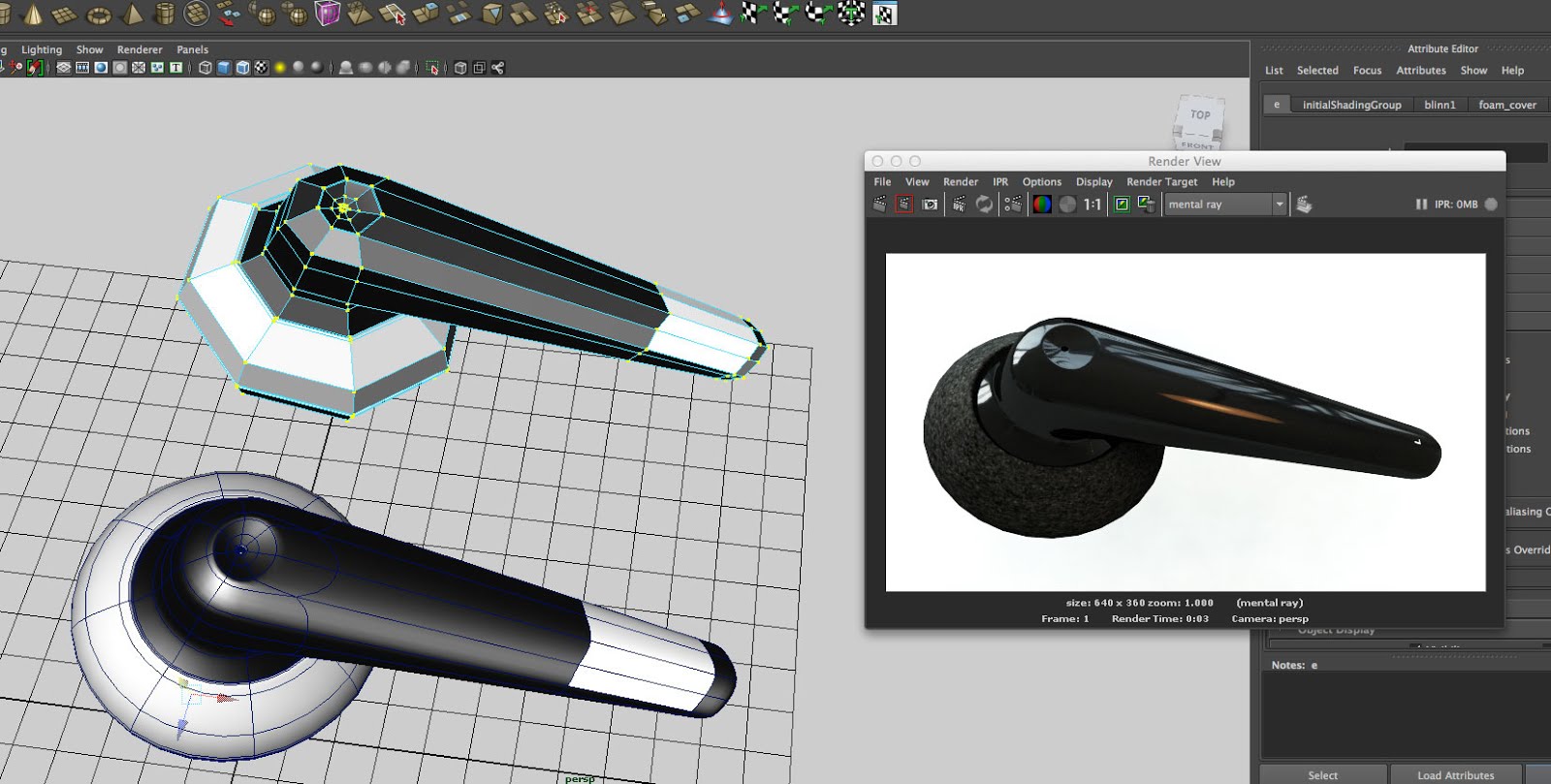 3D model of earbuds. The yellow dots are the vertices that make up the general form of the object. The model underneath is a smoothed finished version.

Join in the conversation!

Your browser is not supported.
Please upgrade your browser. Thanks!